Cycling around the Hope Valley and Edale brings some of the hardest challenges to be encountered on a bike in the Peak District. Without any doubt it also brings some of the best rewards to the cyclist, with stunning Peak District views around every corner, from the peaceful Edale valley, to pretty villages such as Castleton and Hope.

My journey for the day started in Edale, (car park postcode: S33 7ZL) with a gentle warm up for the legs along the relatively flat Edale Road, heading anti-clockwise around the Hope Loop, as detailed on Strava (click here). The views along the Edale Valley are spectacular, looking to the left you get a glimpse of the climb to come up Mam Tor. To the right is Kinder Scout, famous as the location where a mass trespass took place in 1932, in order to highlight the lack of access to open countryside.

From Barber Booth the climb of Mam Tor begins, a real test for my legs with a average gradient of 10%, (click here for Veloviewer details) along a climb 1.3 miles in length, which at its steepest has a gradient of 18%. For those like me, who could never be described as a Mountain Goat when it comes to cycling up inclines, the wonderful views of the valley below offer the perfect excuse to stop for a rest and take in the scenery.

From Mam Tor the loop continues towards another iconic Peak District climb, Winnats Pass. Thankfully, following this route I had the pleasure of descending it rather than climbing it on this occasion, as Winnats Pass is widely known as one of the toughest climbs in the Peak District. It isn’t just the gradient itself, which reaches a maximum of 20%, but the landscape often results in you battling a fierce headwind, as it is funnelled through the Pass.

After dropping down through Winnats Pass you quickly reach Castleton, another place worthy of a look around, and certainly worthy of a ice cream or a chip butty reward for your efforts. From Castleton, you simply follow the main road through to Hope where you turn left and complete the loop back into Edale.

I added on some extra routes to the Hope Loop on my travels. Between Mam Tor and before descending Winnats you can turn left to visit the remains of the A625 road that was once was the main route from Sheffield to  Chapel en le Frith. The road was closed after attempts to keep it open were abandoned due to the crumbling layers of shale at the base of Mam Tor.

From Hope you don’t have to travel far to have a look at the Ladybower and Derwent Reservoirs. If you do take this option, carry on through Hope along the A6187 and turn left to go through Thornhill, a quieter, prettier option than taking the main road through Bamford. This ride was completed on a road bike with 23mm tyres, the roads are generally in good condition in this area but you do have to keep an eye out for poor road surfaces, for example the road at Barbour Booth at the start of the Mam Tor climb has a poor surface. Along with road cycling, the area is one of the most popular for Mountain bikers in the Peak District, with some excellent routes in the area including loops of the Derwent Reservoir and around Mam Tor.

A video of the area is below, along with some photos taken on the day.

This video was shot using a Garmin Virb action camera. Music is: “Open up your eyes” by Still Pluto (https://soundcloud.com/stillplutoband) 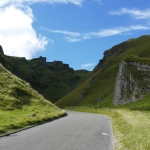 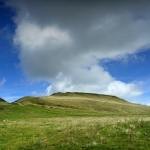 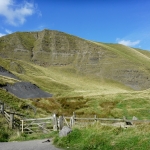 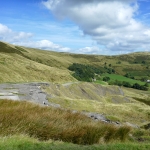 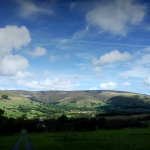 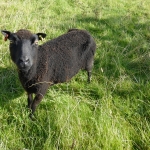 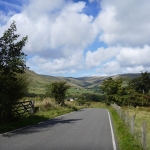 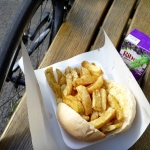